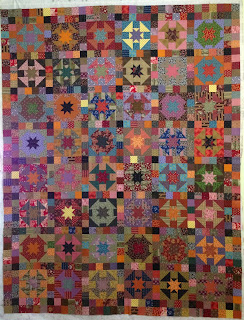 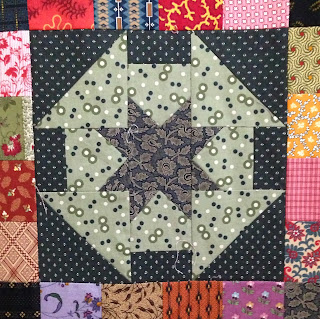 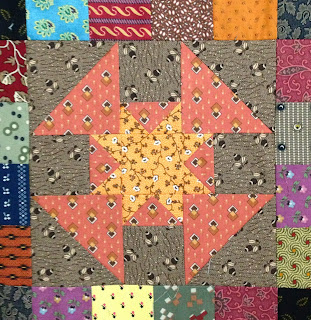 
Posted by Christa Hitchcock at 9:13 AM 3 comments:

December always seems like a quick month.  No sooner has Thanksgiving come and gone, the Christmas holidays are upon us.  So my goal for December for A Lovely Year of Finishes is going to be somewhat modest.

Several weeks ago as I was looking for a certain piece of fabric (can't remember what it was or whether I found it), I came across a project that had been started a few years ago and never finished.  I had 12 of the 48 blocks constructed.  I have since completed the remaining 36 blocks.  Here is a sampling of the blocks. 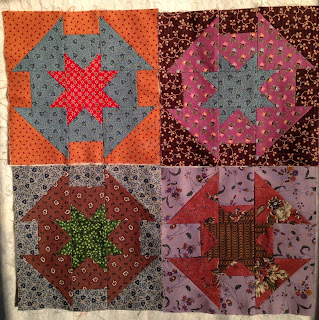 The quilt is Pie in the Sky, from Kim Diehl's book, Simple Graces.  I got the collection of fabrics I used as a Block-of-the-Month.  (I am not sure which quilt shop it was...sorry.)  We got several fat eighths each month, and I have added a few of my own.  It is certainly a scrappy quilt!

The sashing is made up entirely of 2-1/2" squares.  So my goal for December is to complete the sashing and piece the quilt top.  If somehow the stars all align and I figure out how to get 36 hours out of each day, I might just get it quilted and bound, but I don't really see that happening!
Posted by Christa Hitchcock at 4:42 PM 2 comments: